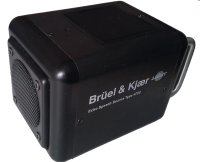 The Echo Speech Source Type 4720 is a small active loudspeaker box providing calibrated acoustic signals for speech intelligibility measurements using the Dirac room acoustics software. The Echo Speech Source is typically placed at a human speaker position. The received signal at the listener position is then picked up by a microphone and analyzed in Dirac to arrive at an accurate qualification of the speech intelligibility through parameters such as the Speech Transmission Index (STI). The Echo Speech Source operates from 4 AA batteries or an external mains power supply, and can be mounted on a standard tripod.

The stimulus signals emitted by the Echo are designed to work well with high levels of background noise. It is therefore no longer necessary to take shortcuts in generating signals with the correct spectrum and level.

One of the signals contained in the Echo is an actual speech fragment that can be used to set the volume of a PA system to a 'normal' level. The speech signal has a standard level of 60 dB(A), but cannot be used for speech intelligibility measurements.

The stimuli used for STI measurements are all MLS signals. Normally this would present a problem because the smallest difference in clock rate between source and receiver would make it impossible to properly extract the impulse response. Dirac however has been able to handle asychronous (open loop) MLS stimuli since version 4. The advantage of MLS over e-sweep signals is that the MLS is far less intrusive. The MLS can often be used where sweeps would be unacceptable. Also, because in sweeps all energy is always concentrated at a single frequency, it is more difficult for amplifiers and speakers to handle this type of signal.

With the standard impulse response technique it is difficult to measure a high quality impulse response and at the same time retrieve an accurate (background) noise level from the measurement. The new intermittent stimulus consists of an MLS sequence followed by an equally long period of silence. The full stimulus (MLS + silence) is measured in a single pass, and Dirac extracts the impulse response and the background noise into two separate channels of a .wav file. This stimulus makes it possible to increase the output level and perform pre-averaging to improve the INR of the impulse response in speech intelligibility measurements, while still retaining accurate noise values. 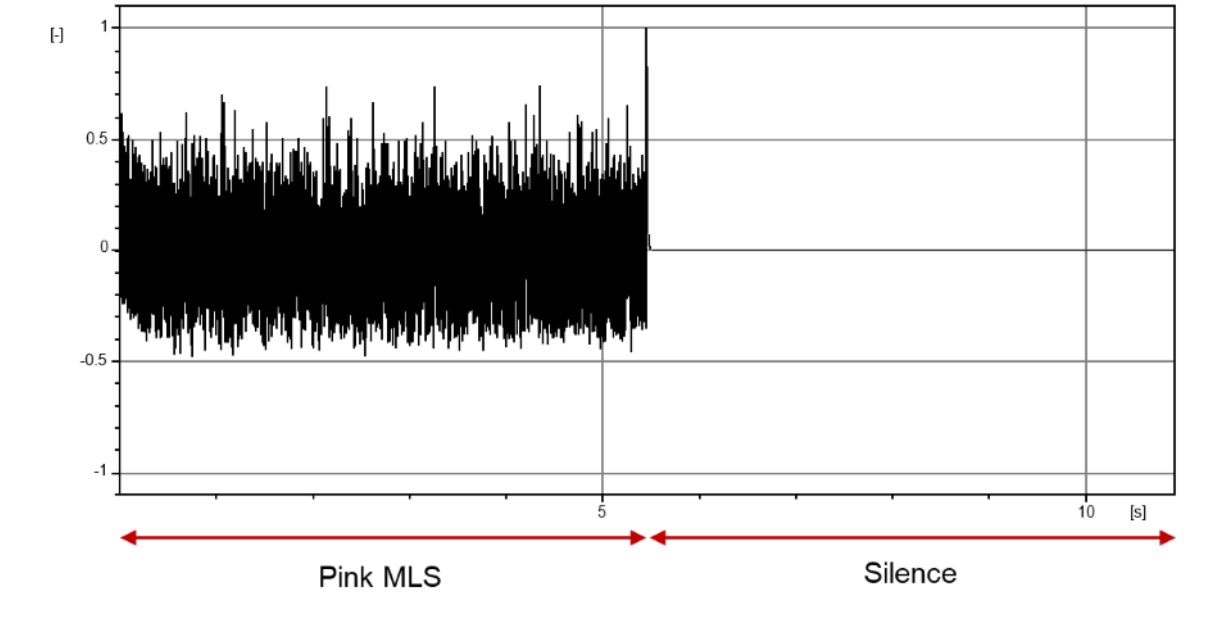 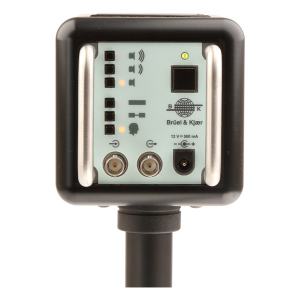 When the background noise level is relatively low and/or the reverberation time is relatively long (SNR * RT > 120 dBs), a simple continuous MLS sequence can be used. This signal is available at 60 dB(A) and at a raised level. Note that the MLS sequences are coded such that Dirac can always determine the Echo output level, and correct the STI calculations accordingly. For scenarios where background noise has a significant impact (SNR * RT < 120 dBs), an intermittent MLS signal is available both at 60 dB(A) and at a raised level.

The signals generated by the Echo can also be injected directly into a PA system using the BNC output connector. The electrical output always operates at the same level. You can also connect an external source to the Echo, but note that this signal will not be corrected for the frequency response of the Echo (Dirac nevertheless contains tools to perform this correction manually).

Each Echo is calibrated individually in an anechoic room. This calibration procedure delivers unique stimulus signals for each Echo, resulting in an output spectrum that remains well below the 1 dB maximum deviation from the target spectrum as allowed by IEC 16268-16.
The output spectrum is substantially stable over time, but it is always possible to have your Echo tested (and recalibrated if necessary). 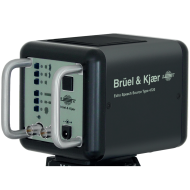 This video demonstrates the use of the Echo for speech intelligibility measurements.

* Calibrated in anechoic room, using microphone Type 4189-A-021 at a distance of 1 m in front of loudspeaker.

Worldwide sales and marketing are handled exclusively by Brüel & Kjær. To order the Echo you must contact your local Brüel & Kjær representative.
If you have technical questions regarding the Echo, you may contact us directly.